Built in 1939 by Philip and Sons of Dartmouth for Trinity House and used mainly at their South Goodwin station on the Goodwin Sands and at other stations including Inner Dowsing off the coast of Norfolk. It is 1 of 3 built to the same design; 93 in Victoria Dock and 94 in Rotterdam. It was the first UK Light Vessel to be converted to solar power in the 1990's to allow for automatic unmanned operation and was in service until 2003 following a complete refit in 1999 in which all original machinery and crew accommodation were removed.

Sold at auction by Trinity House to the owner of Port Werburgh marina on the Medway it was later sold on to Ben Phillips who converted it to a floating music recording studio and based it at Trinity Buoy Wharf from 2008. 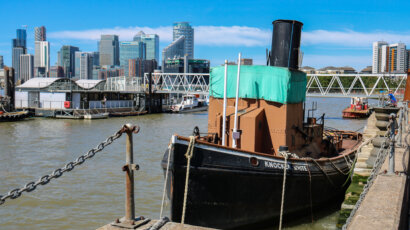 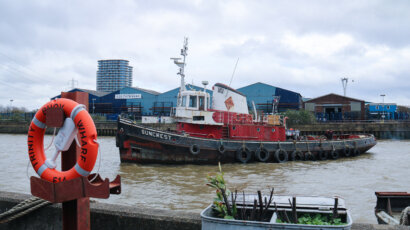